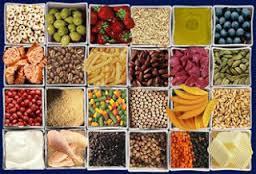 Argentina local currency Peso has plunged 26.5 percent with govt’s free market reforms  being underway.Govt wants to revitalize the stagnant economy.It was the sharpest one-day devaluation in decades.Farmers have benefitted much with this decision.Farmers in Pampas grain belt will start getting paid in stronger U.S. export dollars, while average consumers risk seeing their purchasing power fall.Large devaluations tend to be pretty disruptive and negative for gross domestic product in the short-term, but much more helpful in the long-term

India Gets Lower Coffee Exports Revenue By 4.46% In November 2015-DGCIS

As per the state- run Coffee Board, India may harvest total 350,000 tonnes of beans in 2015/16 with a decline of 1.6% from the previous estimates followed by 107800 tonnes of Arabica and 24200 tonnes of Robusta in the 2015/16 marketing year which started from 1st October 2015 on account of recent heavy rainfall. India exports three-quarters of its production. Italy, Germany and Belgium are the main buyers of India’s crop. However, the production estimates is placed higher by 7% against last year records harvesting i.e. 327000 tonnes due to ample rainfall in coffee growing areas in India.

Argentina’s President Mauricio Macri has once again confirmed to sign decree which will cut the export tax on soybean to 30% from 35% and exempt corn and wheat fully from the export tax. It was promised by Macri before election.The steps will boost the farm export sales and revitalize Argentina’s farm sector.

Guar seed arrival declined this week in all Indian markets and stood at 80000 bags daily which earlier was 90000 bags.
Continuous decline in prices of guar seed bound farmers to stop bringing their produce in APMC market.Below are the today’s arrival situation of Guar seed in major markets.

U.S. wheat rose for the first time in three sessions on Wednesday, with the market taking a breather after sliding to its lowest since late February on expectations of bumper supplies from the Northern Hemisphere harvest.